The Search for Knowledge

Upon deciding that the series of courses on management, leadership and entrepreneurship would be conducted with the help of a collection of, what by now had become known as brook essays, we still were faced with the task of collecting the vast amount of knowledge which would have to be related to, if not included, in the essays. Again, the solution lay in the very process that was being served. That is to say, since the students needed to learn, what better way was there for them to learn than by themselves being involved in the search for the knowledge that they would need? 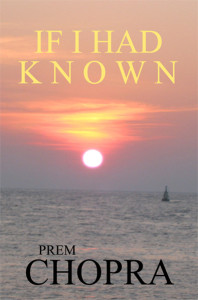 It was decided that class participants would benefit from open and enlightened class discussions, initiated, and perhaps stimulated, with the help of provocative concepts presented in the brook essays. At the same time, the participants would obtain a greater appreciation of the knowledge available in the literature by virtue of having to prepare research papers using a variety of sources, to supplement the essays and presentations of the other participants.

This form of learning was enhanced and expanded by requiring each participant to present to the entire class their results from at least two research papers on related subjects of their choice. Each participant was required to select at least one of the research subject from a field that was peripheral to technology or management. Areas that could be covered in these projects included, for example, philosophy, psychology, behavioral science, history and anthropology. In addition, each participant was expected to complete one in-depth research project or thesis, which also were presented to the entire class.

The enthusiasm and liveliness of the discussions in the classes came as a pleasant surprise to us all. Upon reflection, it became apparent that the major reason for this burst of mental energy and enthusiasm was the “freedom” that the participants found they had to pursue areas of study that most interested them. At the same time, they learned from the presentations of their fellow participants of their self-selected research. These presentations and the accompanying active discussions covered various aspects of the subject at hand from various viewpoints. This allowed us to not only cover thoroughly the materials in essays but also to learn much, much more. We were able also to “bounce our ideas” off many equally eager and involved minds and to receive new insights. In sum, the collective experiences from these varieties of interactions, both within and outside of the classroom, lead to a collection of a body of knowledge which was not readily available in any other single book.

In other words, what we had accumulated via this process was the basis for compiling a body of knowledge which students of management, leadership and entrepreneurship needed to possess. In other words, we had a unique collection of of knowledge which would help young people become succesful and fulfilled managers, leaders and entrepreneurs. We further believed that a similar collection, in a single readily accessible source, was not in existence anywhere.

There remained in my mind, however, some fundamental questions regarding the purpose for studying the contents of these essays and for performing the related exercises in the first place. Some of these questions had arisen in the classes but had not been answered. It was evident that these questions had to be addressed and answered. Furthermore, the answers had to be obtained before the knowledge acquired from the aforementioned experiences could be authenticated. I believed strongly that, once this was done, the knowledge contained in our essays could be shared, and would have to be shared, on a scale wider and beyond the minds that flowed through these classrooms. 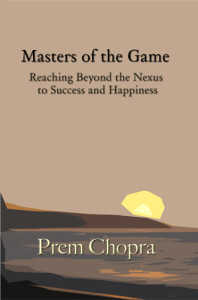 Other impediments, which some may consider to be challenges, included the need to collect much additional supportive material and to flush out and organize of the information. This had to be followed by the final task of these ideas in a form in which they could be comprehended readily and absorbed easily by the intended readers. That is to say, the knowledge had to be “packaged” in one or more “chunks” such that most lay persons could absorb each chunk over a reasonable period of time, say a week or two. In other words, the average reader should be capable of absorbing the essense of the knowledge, without having to participate in a series of discourses, or to conduct their own research projects, as the students had done. The underlying requirement was that the average reader should not only absorb the knowledge but also be able to use it!

For example, since most of the students were practicing engineers, much of the information had been structured in a rather technical” format. This had to be changed into a form that could be understood by a reader who had had no exposure to analytical methods. This requires some further explanation.

We had used many multidimensional matrices and tables to compare and contrast the “key” characteristics of various types of individuals, in various types of roles in life (we called these type, archetypes, somewhat after Jungian description, but on a more “gross” level). We furthermore had developed an elaborate “weighting” and “grading” system consisting of various attributes of these archetypes for different phases or stages of action. Finally, we had developed a methodology for “computing” the propensity of the individual, to whom these matrices were applied (or who was “tested with these matrices), to be, or to become, any of the archetypes included in the matrix. In other words, we had developed multiple layers of matrices, with an elaborate “quantitative” rating scheme to measure, rank and, therefore, “predict” the propensity, say, of an individual to become, say, an effective manager, leader, consultant, intellectual or trustee.

The logical way to package this knowledge for “general consumption,” was to code it into a software program. We realized that such a software program would enhance our ability to review, validate and refine the information contained in the matrices. And, it could be presented in the form of a game! Furtheremore, the game could be useful as a rough and ready, albeit preliminary, tool for predicting individual propensities towards certain archetypes. We subsequently discovered that the game could be useful for certain other purposes as well. We have called this game BrookMaster.

You can Download this Free BrookMaster App and discover your archetypal profile.

The search for knowledge continues …

Happy navigating and, again, welcome to The Brook!